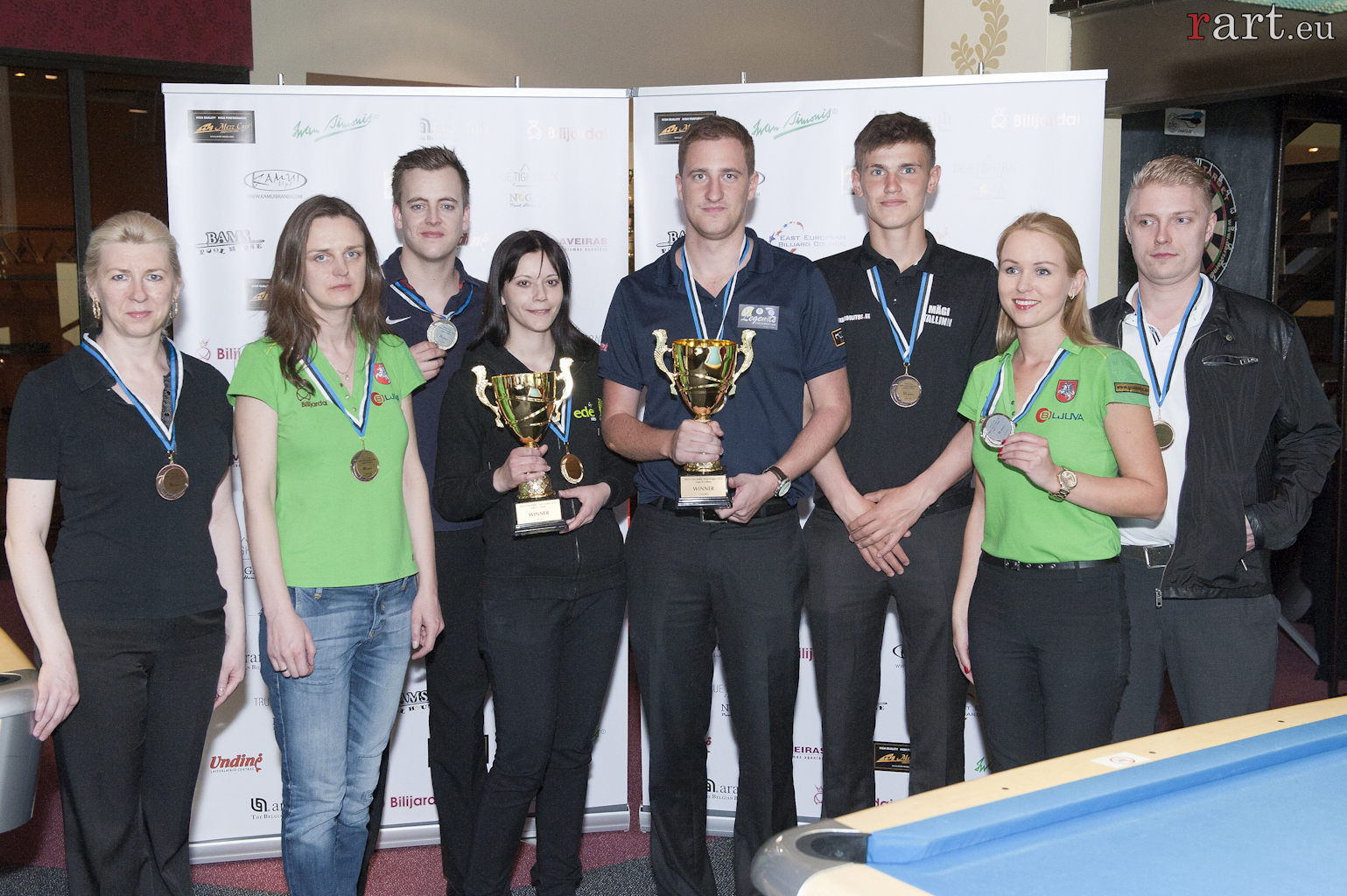 This weekend Mezz Cues Baltic Pool League second stage was held in Tallinn, Estonia. The name of the game was 10-Ball and the venue was yet again the beautiful Baribal Pool Club. Similarly to the last year men division was dominated by estonian Denis Grabe and women and oldboys division ended with a win for Latvias Anna Prisjaznuka.

13May2015 Registration started for Tallinn

04May2015 Mezz Cues Baltic Pool League Kicked of in Riga

The first event of the Mezz Cues Baltic Pool League was held in Riga, Latvia. Bams Pool House was once again kind enough to offer their Dino Sport Pro tables to hold the event. The first winners of the 2015 season are Denis Grabe (Estonia) and Agné Jaruśauskaite (Lithuania). 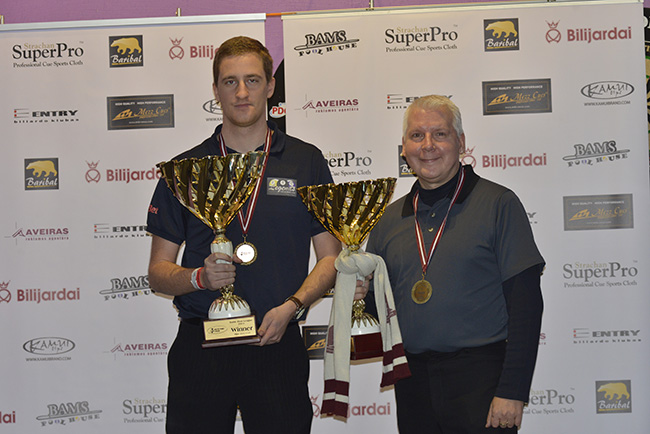 Baltic Pool League 2014 draw to a conclusion this weekend in Riga, Latvia. Once again the kind host was Bams Pool House with 12 brand new Dino Sport Pro tables with very tight pockets and Strachan cloth. It was only 32 best ranked men and 16 best ranked women and oldboys athletes allowed to participate in the final. In the game of 10-ball the hot favourite Estonian Denis Grabe did not let his fans down in mens division and in womens and oldboys division the final was all about local hero Ojars Blezurs.

The final qualification event for the Baltic Pool League 2014 main tournament was held the last weekend in a gorgeous ENTRY Pool Club in Kaunas, Lithuania. On the contrary to the last stage this time the last 8 in the mens division was quite colorful and won by Vladislav Les. However similarly to last event the women and oldboys bracket was dominated yet again by Anna Prisjaznuka. The game format was this time 8-Ball. 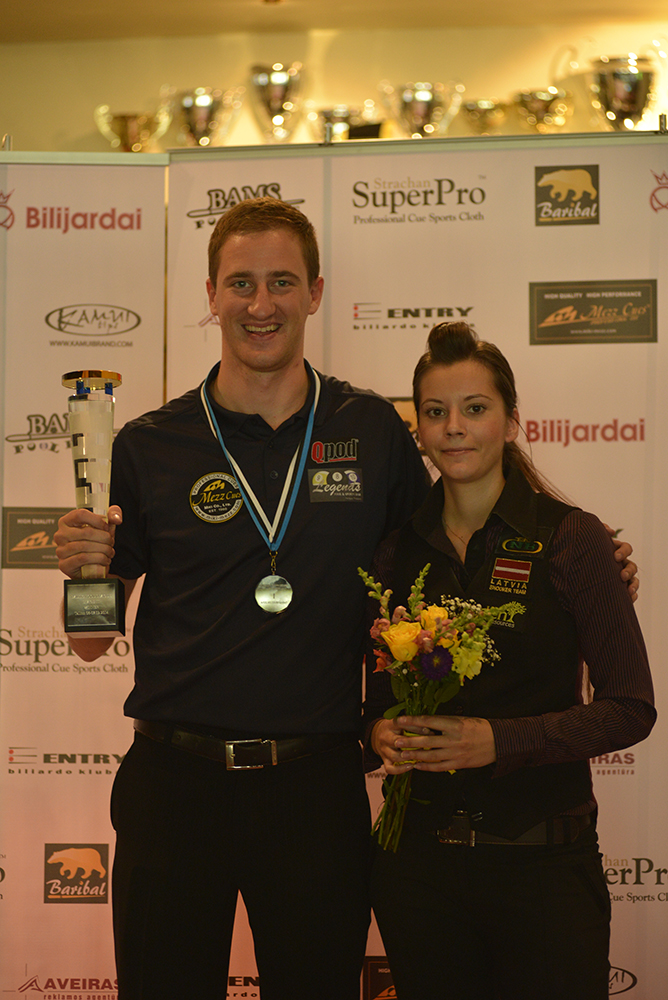 This weekend Baltic Pool League made its way to Tallinn, Estonia. The venue was yet again the beautiful Baribal Pool Club. Men division was dominated by Estonians with Denis Grabe winning the event and women and oldboys division ended with a win for Latvias Anna Prisjaźnuka.

Estonians were not very hospitable

In men division Estonians showed some bad hospitality by taking three out of four possible medals. In the first semi final Denis Grabe nearly escaped a loss from his good friend and training partner Raimo Teesaar. The match looked all secure for Grabe as he went to a 7:4 lead, but Teesaar had other plans and made his way up to 7:7. However two times Eurotour winner Grabe showed his composure and made the best of the final rack.

The second semi final was all about Rafig Adigazalov (EST) junior. He left the only foreigner left in the field, Marius Ganusauskas (LIT), with a donut. The all Estonian final did not provide any upsets for the hot favorite Grabe as he cruised to a comfortable 8:4 victory. It must be stated that it seems to be a custom that the winner of the men event does not loose a match.

Regardless of the Estonians home success Domas Mineikis from Lithuania tops the overall ranking and second and third place is tied by Marius Ganusauskas and Latvian Pateris Ermansons.