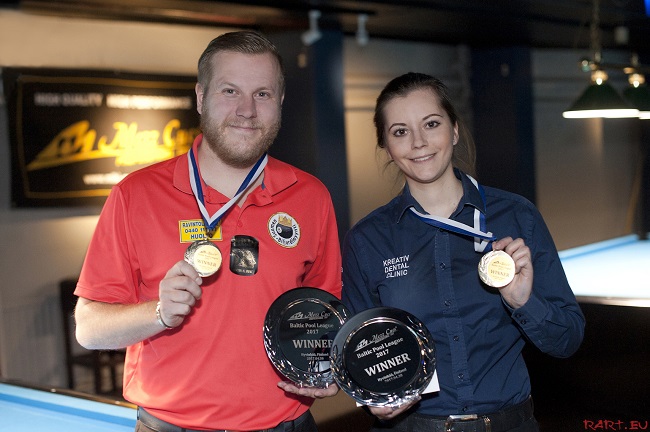 Mezz Cues Baltic Pool League 2017 has kicked off in just renovated Musta Kasi pool hall in Hyvinkää, Finland. This event is another landmark for the league as it is the first event in the six seasons to be held in Finland.Men's event was won by Jani Siekkinen (Finland) for the first time, but women's and old boys event was won by Anna Prisjaznuka who has already won many events in the past. 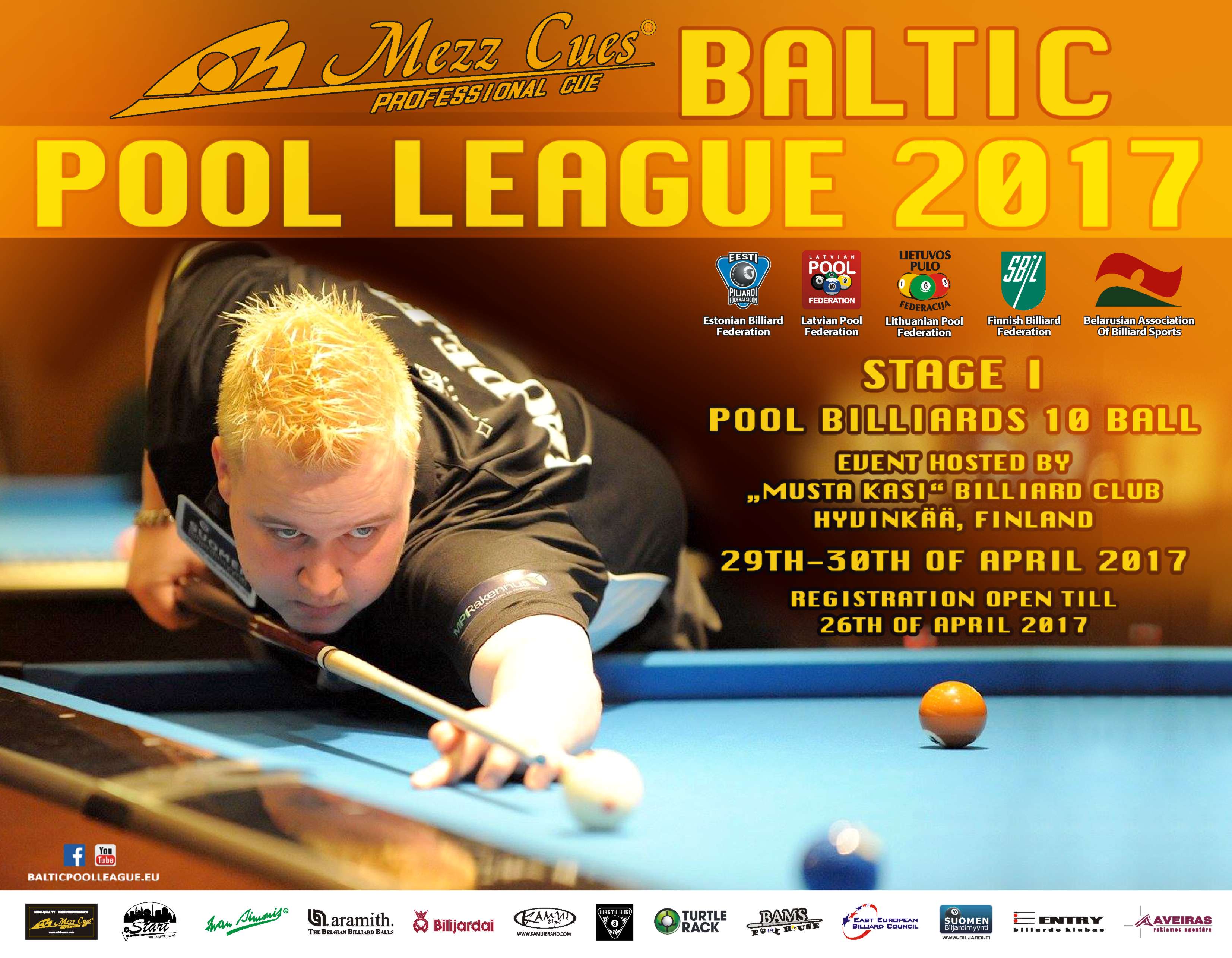 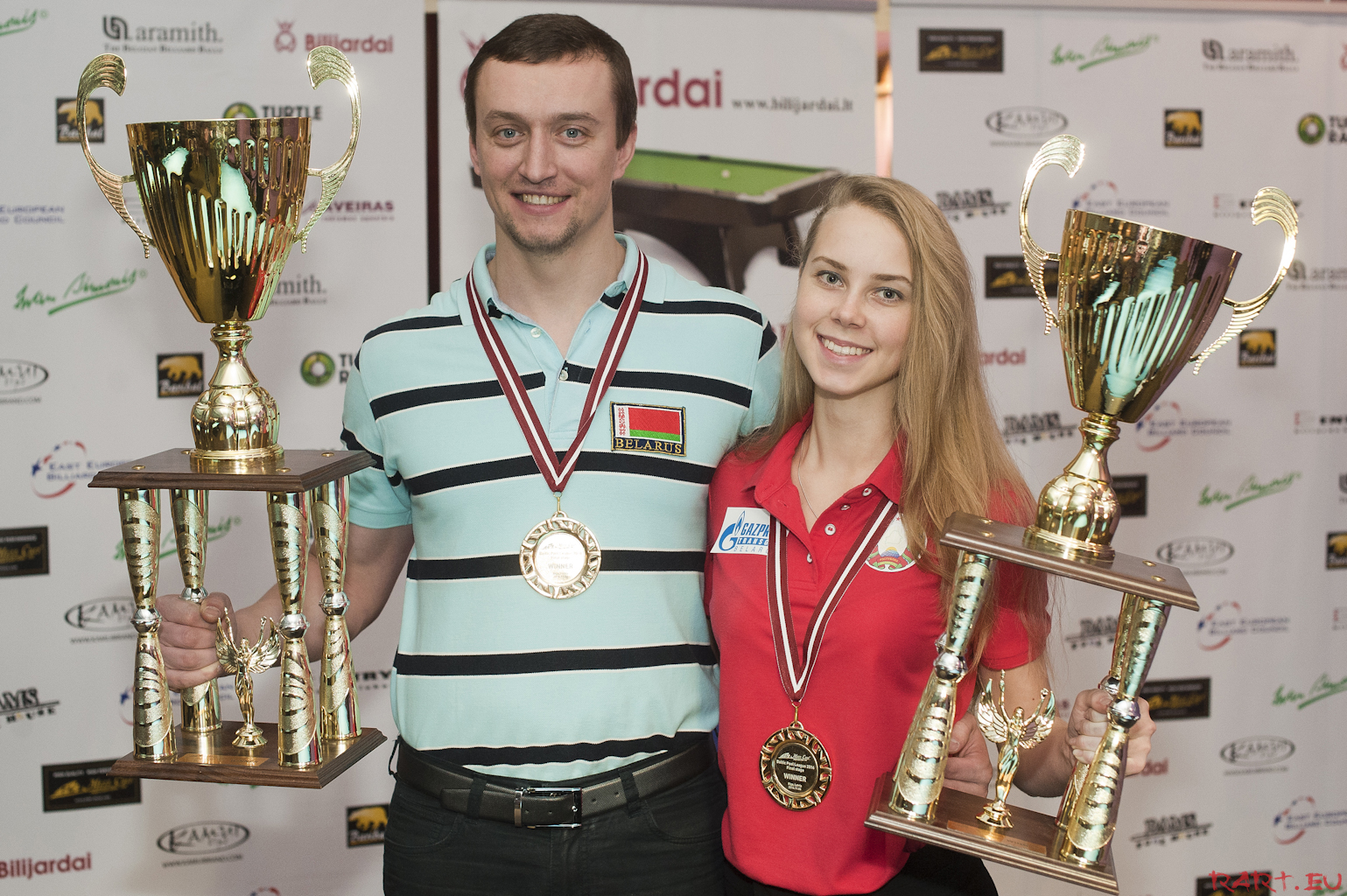 In the first weekend of november was held Mezz Cues Baltic Pool League 2016 grand final in the spectacular city of Riga, Latvia. The stars of the weekend were two athletes from Belarus. They were the winners of men's dvision Dmitri Chuprov and women's and oldboys division Margarita Fefilova. 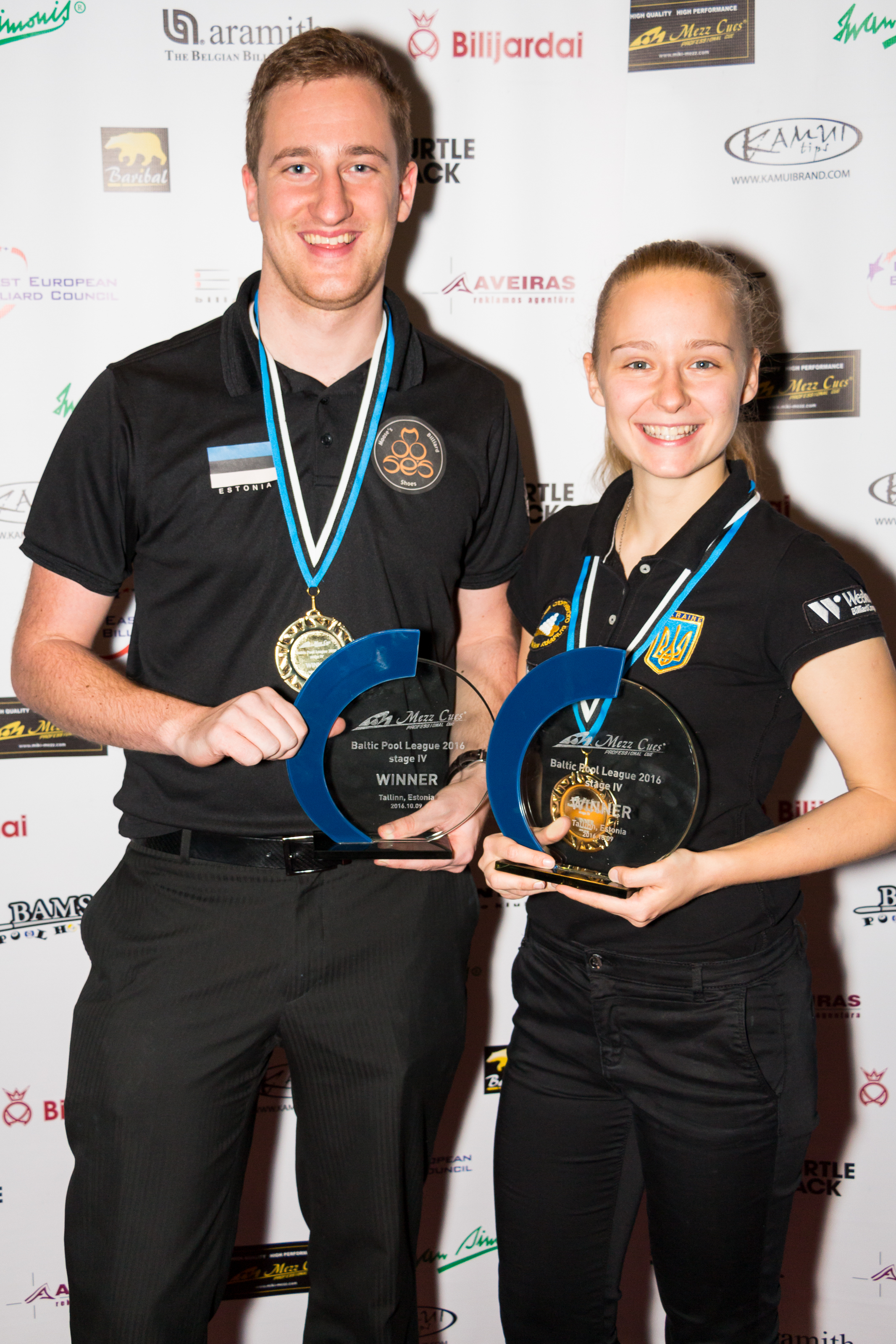 Estonian pool meka Baribal Pool Club in Tallinn was the host of the Mezz Cues Baltic Pool Leagues fourth stage. Similarly to the last year estonian players were not good hosts as they managed to win six out of the eight first places in mens division. Estonian Denis Grabe repeated his last years win in Tallinn and Katerina Polovinchuk (UKR) claimed her first stage win in Womens and Oldboys division.

The best proof of estonian dominance in the mens division was the all Estonian final between Grabe and Mark Mägi. The action packed final went Grabe's way as he won 7:5. In the semi-final Grabe won 7:2 over another estonian Mihkel Rehepapp who has been in a fine form lately on Estonian tournaments. The only Lithuanian in the last four was Martynas Aleksonis who lost his semi-final to Mägi 7:5. 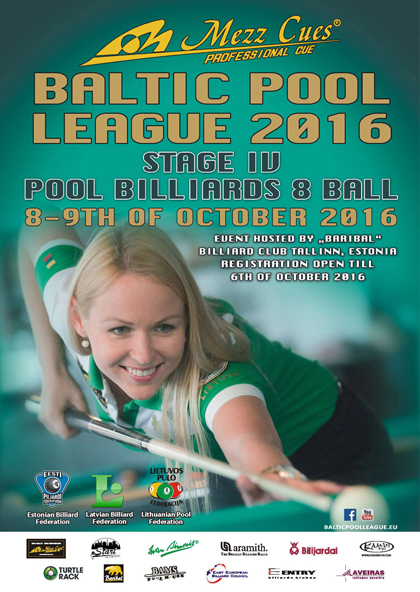 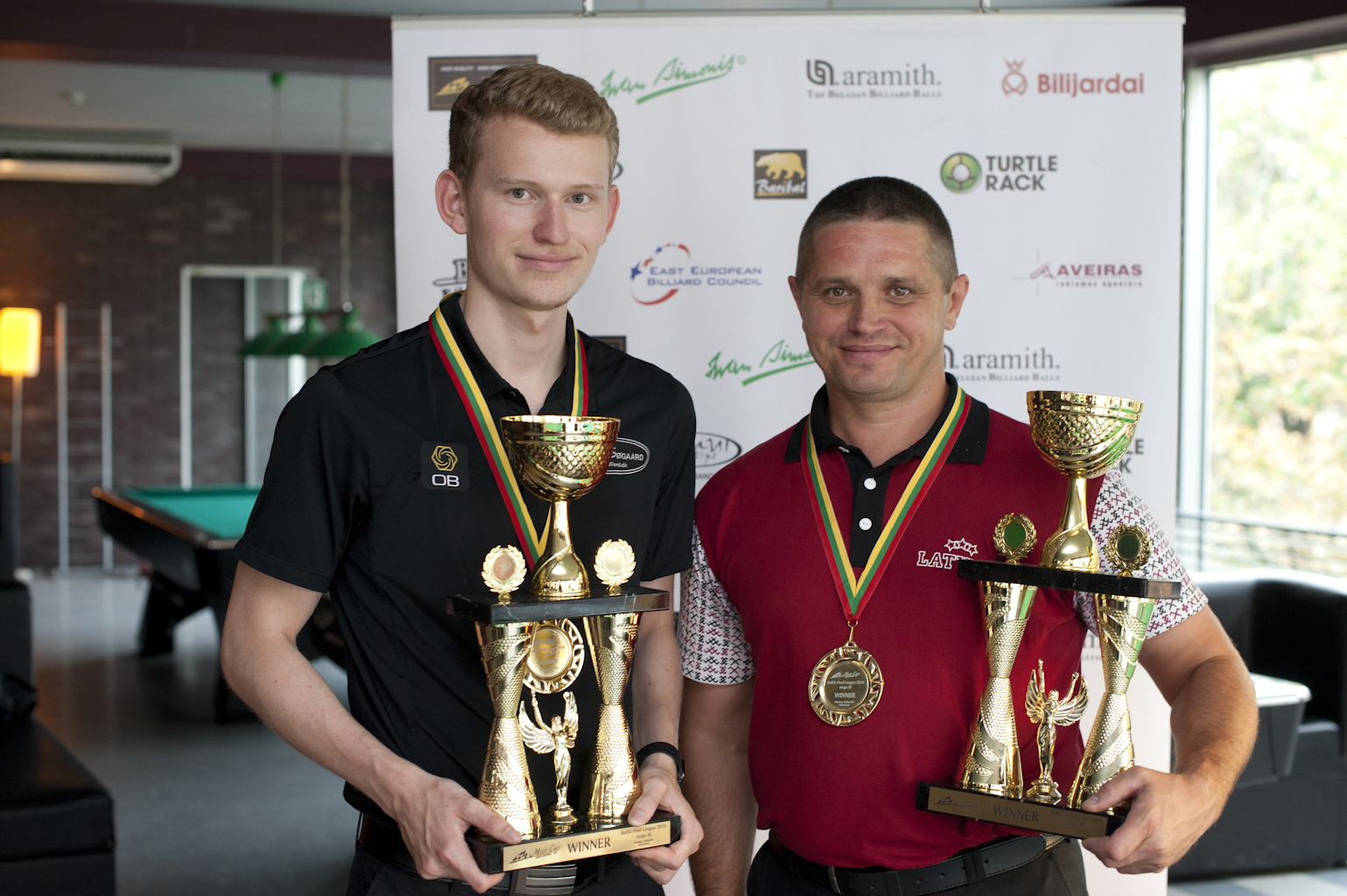 his week Mezz Cues Baltic Pool League circuit went back to the roots with a great recognition. It was the first time that the event had more than 100 entries and that in the pool hall with the very suitable name for this occasion and where the first ever Baltic Pool League (BPL) stage was held. The venue was a Lithuanian pool dome CLUB ENTRY in the city of Kaunas. The winners of this historical stage were in mens division Andreas Madsen from Denmark and women and oldboys division Genadijs Kaminskis from Latvia. 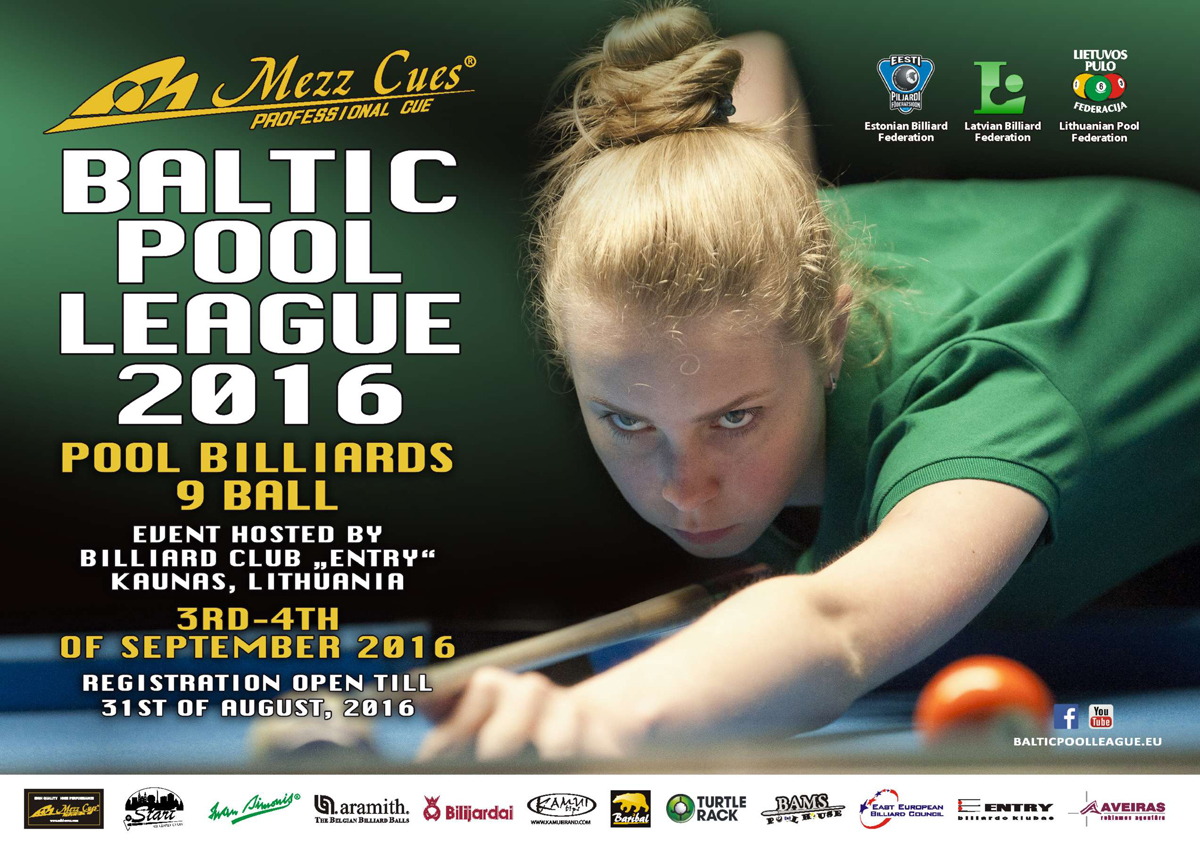 29May2016 The long-awaited victory for Latvia 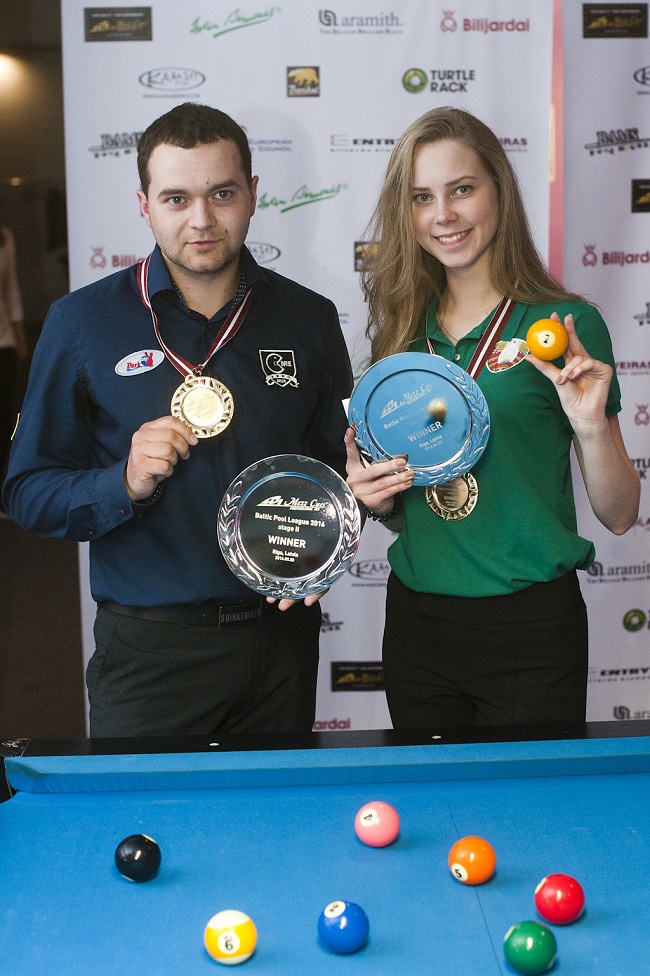 The city of Riga and BAMS Pool House were the hosts of the second stage of the 2016 season of Mezz Cues Baltic Pool League. To the delight of the home fans the mens division was won by Latvian Marius Vartiks, but it was Margarita Fefilova from Belarus that continued her domination in the event and denied a sweet double gold for the hosts.

Mens division was a real gem as both of the finalists never made it to the final before.
After a shacky 7:6 win over Ivan Yurchenko (BLR) in the first round Vartiks was put to a test again only in the semi-final when he had a tricky match against Joonas Saska (EST). After many thrilling events Vartiks managed to close the match by 8:7 and made his way to the final. Another finalist Martynas Aleksonis did not leave it that late and bagged a comfortable 8:5 victory over young gun Mark Mägi (EST). The tense final was a real nail-biter which Vartiks managed to turn on his side with a 8:6 win.
The overall leader of the mens ranking list is Dmitry Chuprov (BLR) .