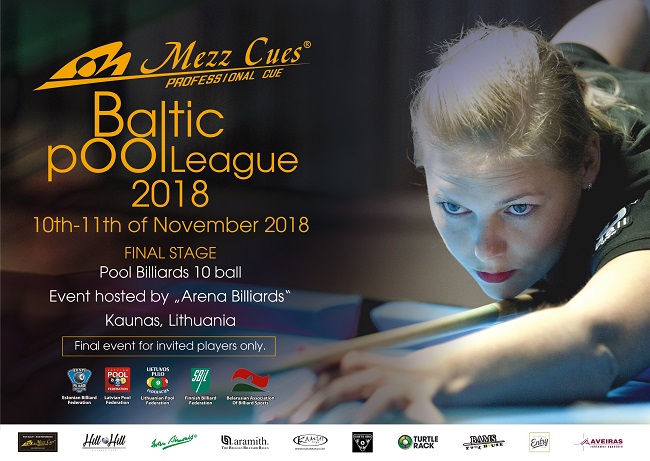 53 pool players are invited to Mezz Cues Baltic pool league FINAL event. Since there are more participants because of shared points we are asking every player to confirm his/her participation by sending email to This email address is being protected from spambots. You need JavaScript enabled to view it.

The list of participants can be found here http://balticpoolleague.eu/events/2018/final

Mezz Cues Baltic Pool League 2018 (BPL) fourth and final qualification stage was held in the Estonian capital Tallinn. The name of the game was eight ball. The host for the event was Hill Hill Pool Club. The winners of the third stage were Denis Grabe (EST), Ekaterina Polovinchuk (UKR) and Petteri Karapuu (FIN). 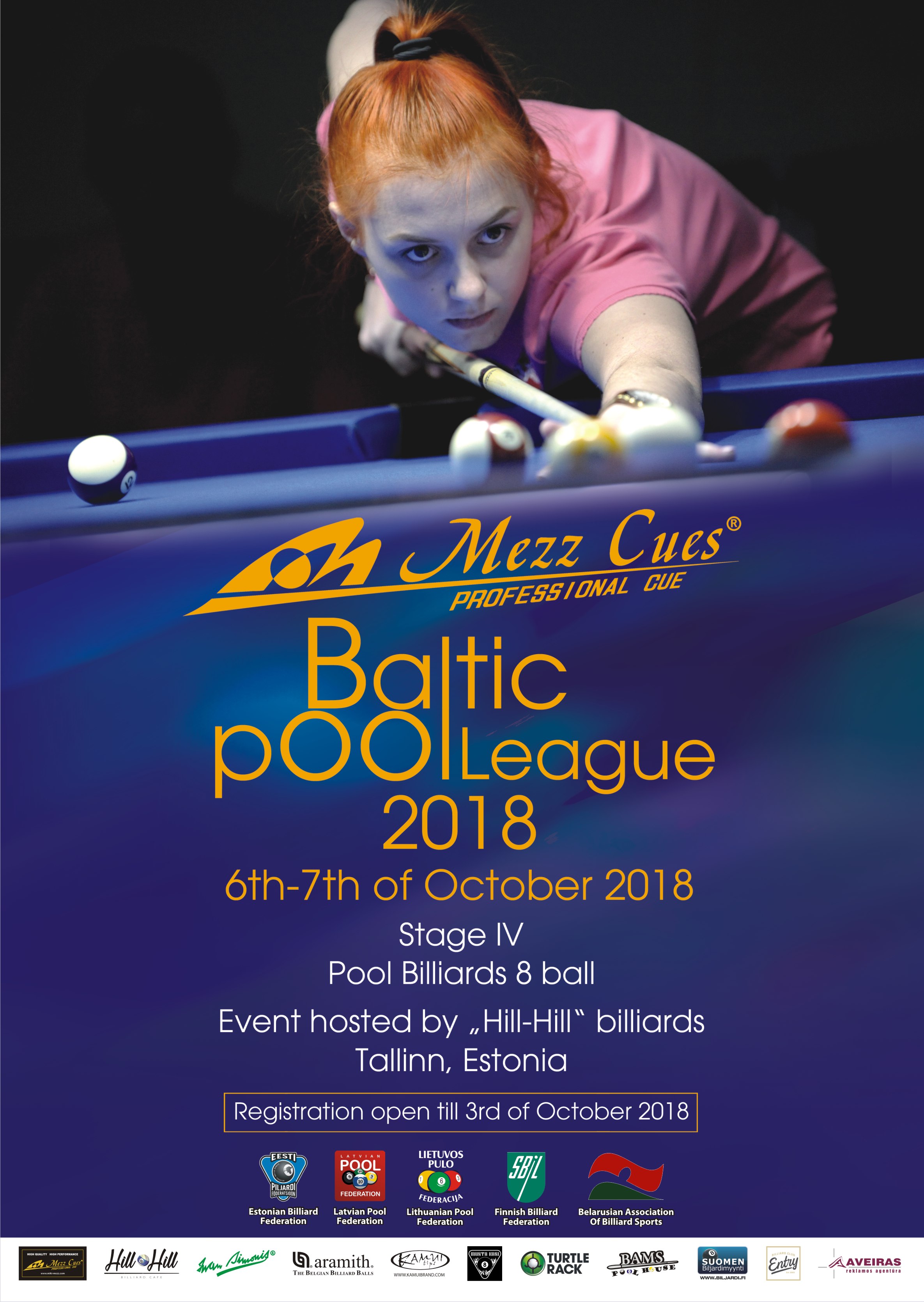 Mezz Cues Baltic Pool League 2018 third stage was held in the Latvian capital Riga. The host for the event was Bams Pool House. The winners of the third stage were Mark Mägi (EST), Yana Shut (BLR) and Guntars Grinums (LAT).

Registration is open till 5th of September. See you all in Riga.

Mezz Cues Baltic Pool League 2018 second stage was held in a cosy little city of Hyvinkää, Finland. The host for the event was Musta Kasi pool hall in the centre of the city. The winners of the second stage were Casper Matikainen (FIN), Kateryna Polovinchuk (UKR) and Alexander Schukin (RUS). 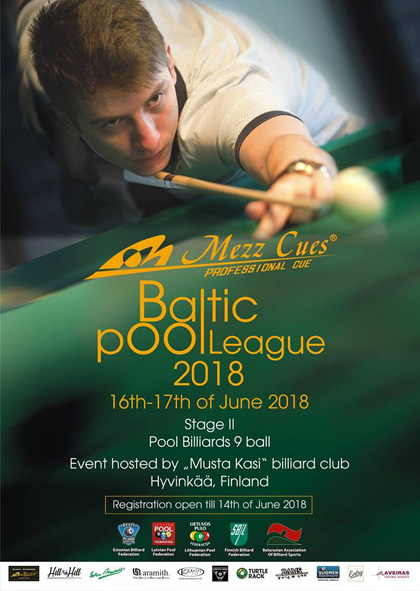 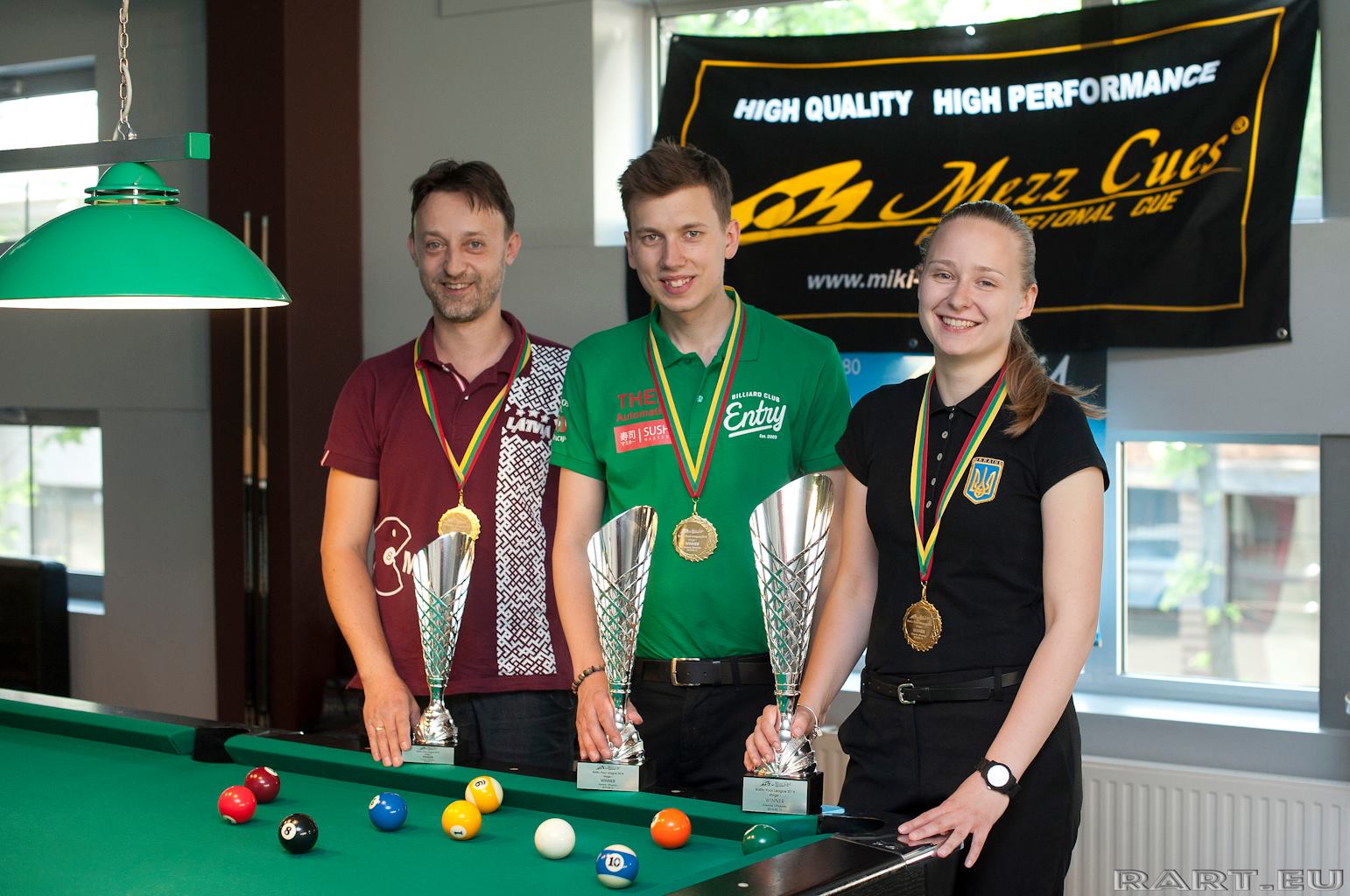 Mezz Cues Baltic Pool League 2018 (MCBPL) has kicked off with a staggering total of 134 athletes in Kaunas, Lithuania. This is the record number of participants ever taking part in the event. The first venue was the Entry Billiard Club, known as the first-ever venue for one of the most popular leagues in Eastern Europe. Due to the rising number of athletes in all disciplines this year the event format is changed and the MCBPL is held now in three different divisions – men, women and old boys. After two days of tight matches the men's event was won by Pijus Labutis (Lithuania), women's event by Kateryna Polovinchuk (Ukraine) and old boys event by Guntars Grinums (Latvia).