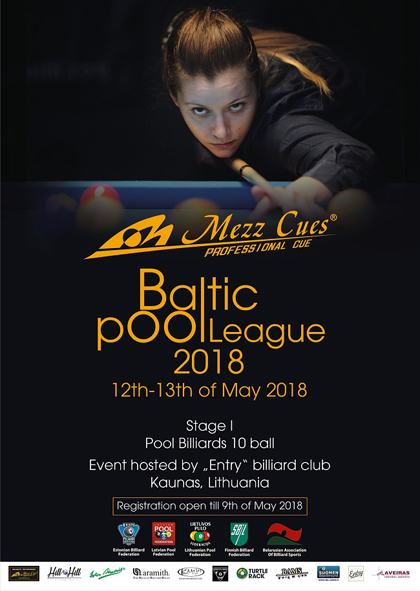 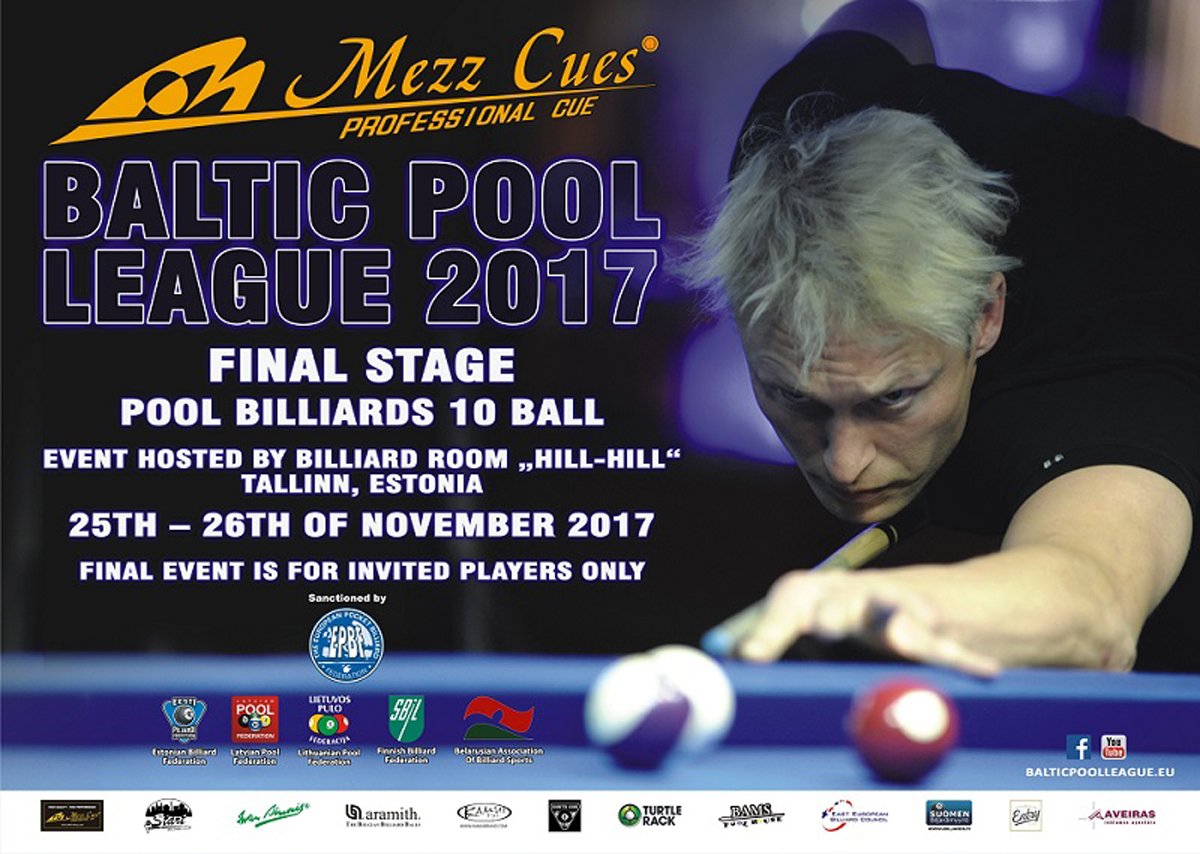 Totally 51 pool player from 5 countries are invited to the Mezz Cues Baltic Pool League final event. Here is the list of invited pool players. Each player must confirm his/her participation by sending email to the BPL organizers or local federation. 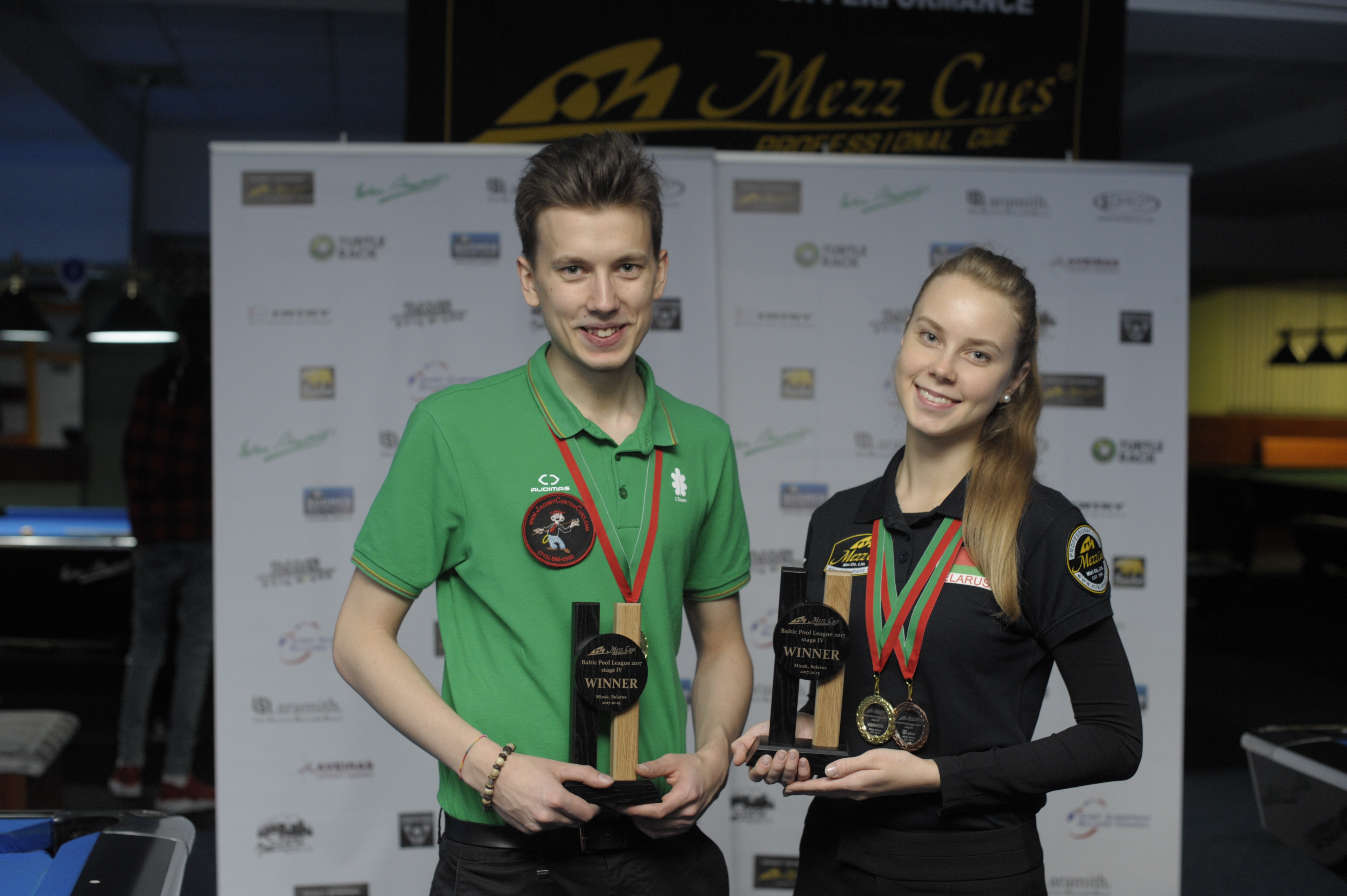 The final qualification event for the Mezz Cues Baltic Pool League 2017 main tournament was held in billiard club Start, Minsk, Belarus. The winners of this event are Pijus Labutis (LTU) and Margarita Fefilova (BY) . 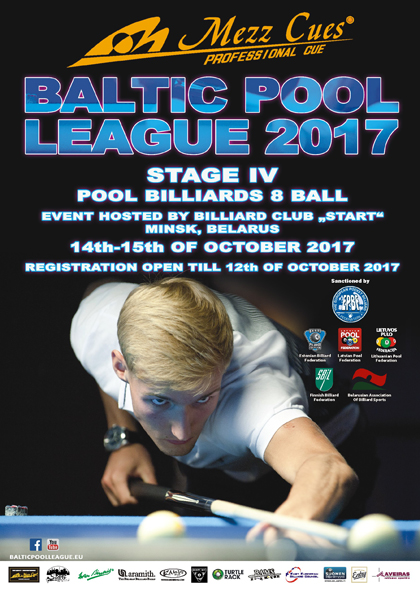 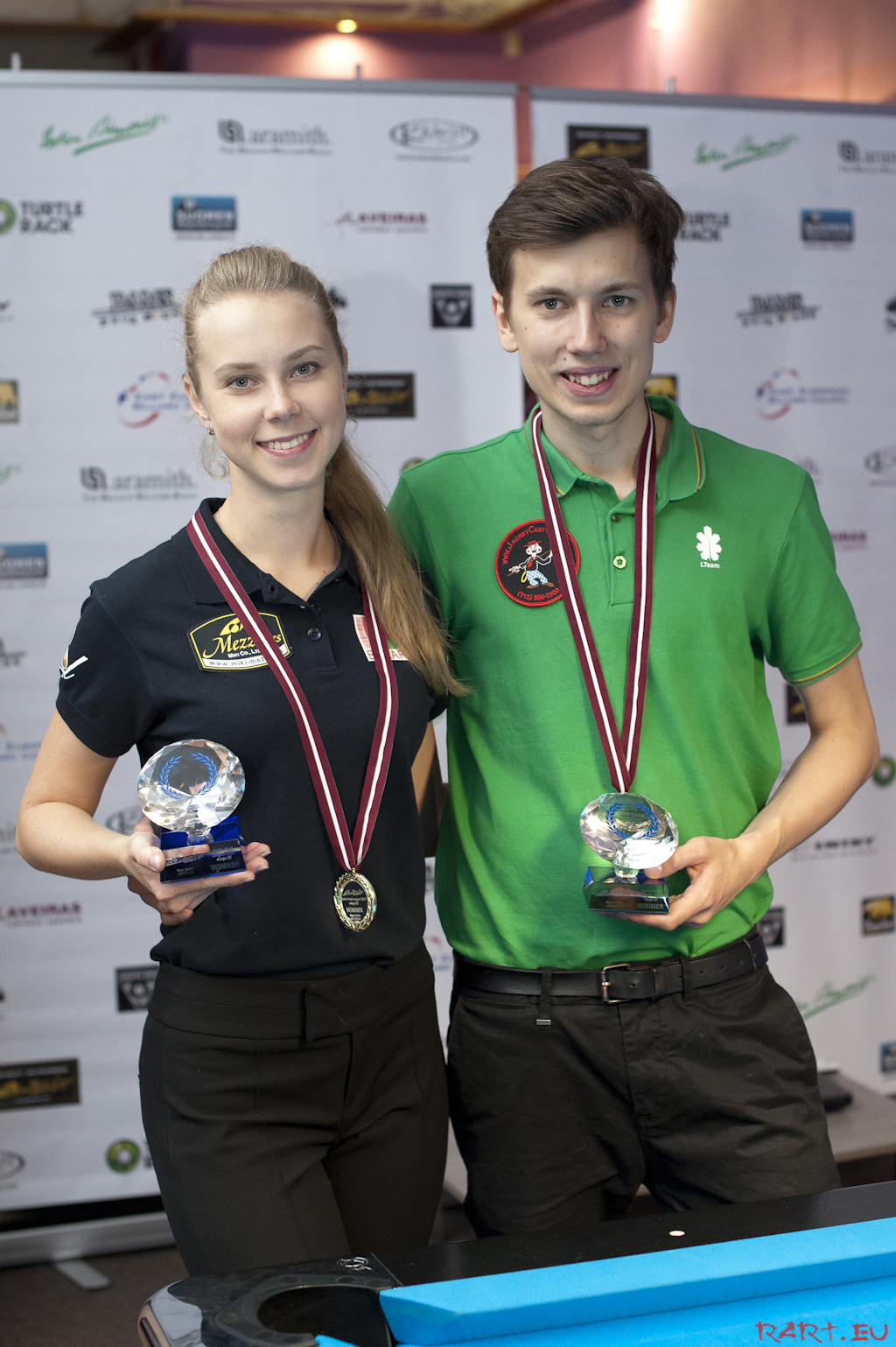 Battle of the youth

The men’s division turned out to be a real battle of the youth as in the final four there were only young guns still in the bracket. The first semi-final was a real cracker as two top youth players, not only in the Baltics but in the world battled, out the place in the final. These two talents were Denis Grabe (EST) and Pijus Labutis. After a thrilling semifinal, Pijus Labutsi managed to get the most of it and proceed to the final by a score 8:6. 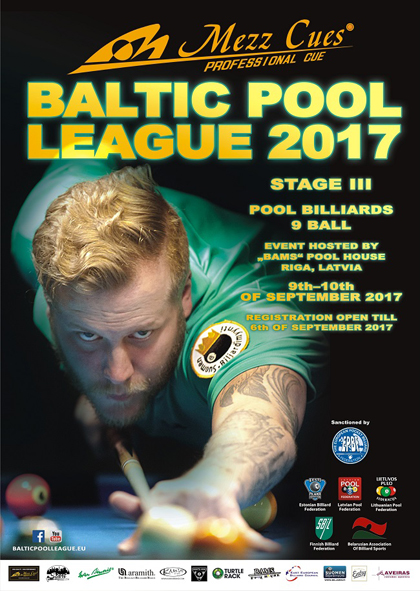 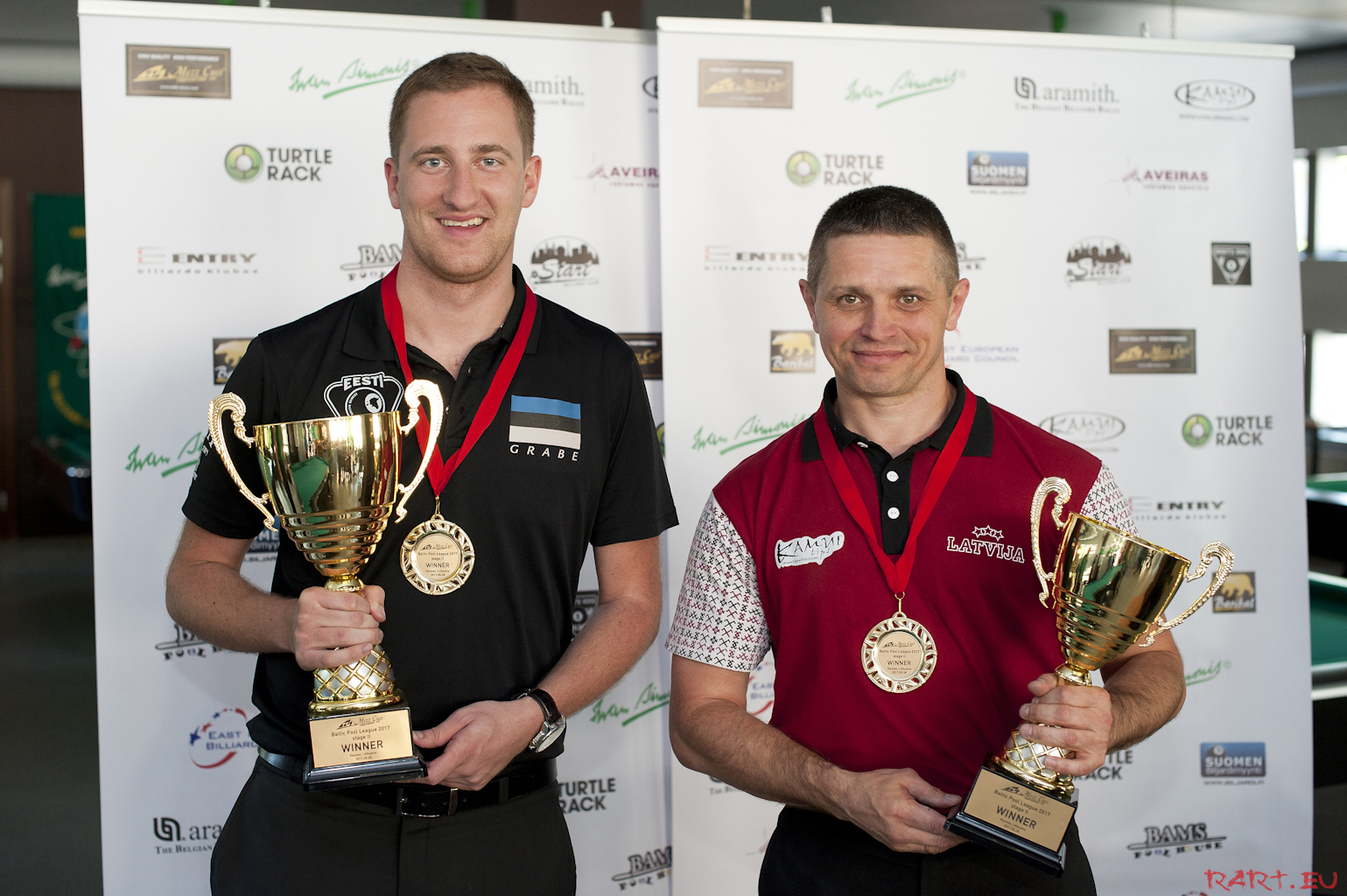 Mezz Cues Baltic Pool League second stage was held in Kaunas, Lithuania, in a beautiful ENTRY pool hall. This event was special as it had the most participants ever and not only in Mezz Cues Baltic Pool League, but it was the biggest ever pool tournament in the Baltics with 115 participants from 10 different countries. The historical event was won in men's division by Estonian Denis Grabe and in women's and old boys division by Latvian Genadijs Kaminskis.

07May2017 Registration started for Kaunas 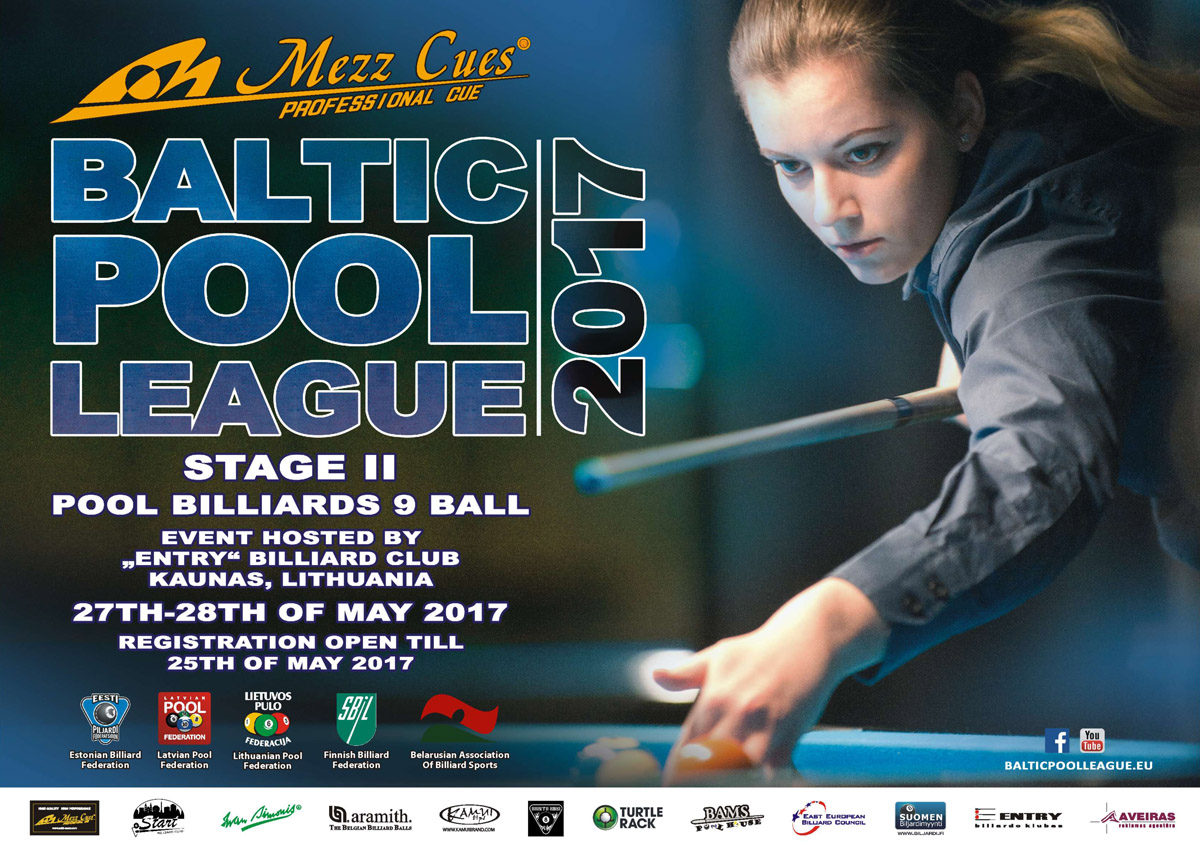