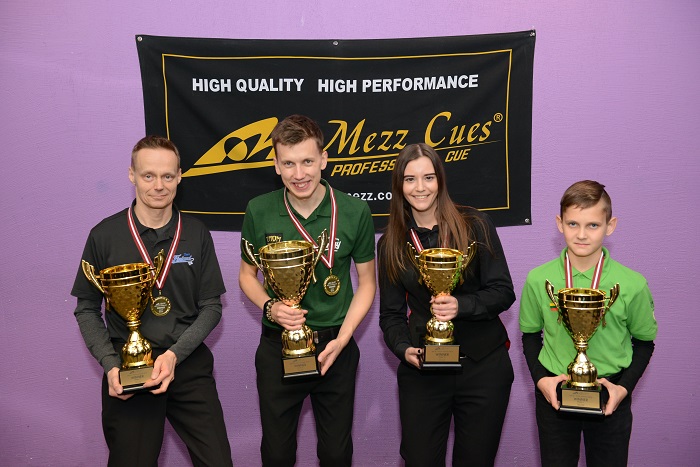 The lovely town of Riga was the host for the fourth and therefore the last qualification round of the Mezz Cues Baltic Pool League 2019. As a tradition for the event in Riga the cozy Bam’s Poolhouse welcomed all the participants. The game for this event was 10-ball. The winner of the men division was Pijus Labutis (LIT), women division Anna Prisjazhnuka (LAT), old boys Antti Rantanen (FIN) and U15 Jokubas Silantjevas (LIT).

There is a new sailor on the tour, and he is Pijus Labutis. With his calm and collective style of play, Pijus has lately enjoyed international success and the Mezz Cues Baltic Pool League is not an exception. Labutis has sailed through the opening stages of the event and in his semi-final he showed great composure and won over Vladislav Tsirikov 8:4. Another finalist Andrey Seroshtan (RUS) got the same winning result over Denis Grabe (EST). The final produced some good shot-making and tension, but in the end, it was  Labutis who secured another stage win. 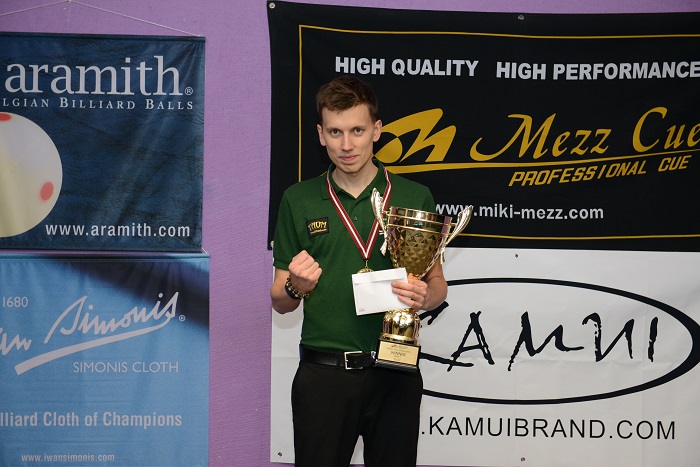 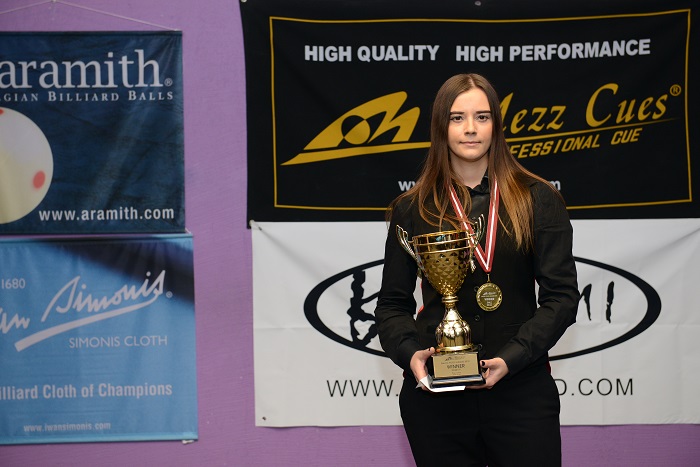 After Antti Rantanen’s very strong semi-final win (7:2) against Guntars Grinums (LAT) he had to meet in the final Leonid Zhavartcov (RUS) who had a marathon 7:6 winning semi-final match against Janno Piilbaum (EST). The final produced another thrilling match as Rantanen managed to pocket the last 10 ball on the hill-hill. 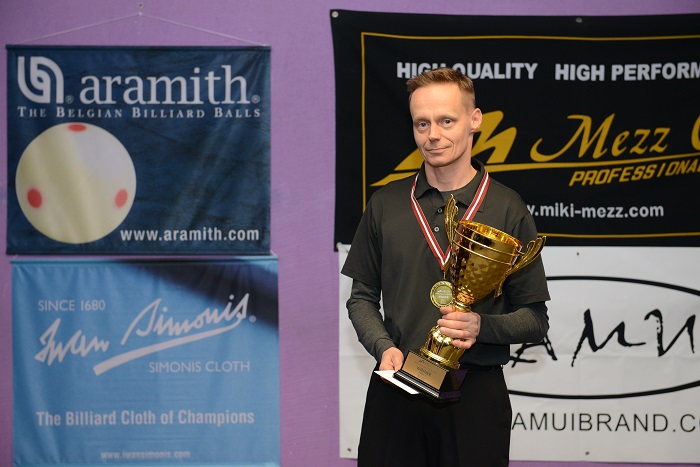 The U15 age group showed again many top matches provided by many upcoming youngsters. One of these youngsters is Jokubas Silantjevas who showed good skills when he won 5:0 against Sander Kont (EST) in the final. The bronze medal winners were Andrei Adziarykha (BLR) and Karl Gnadeberg (EST).

The Riga event was as popular as ever when 131 players registered for the event. The number of the participants made the owners of the Bam’s Poolhouse make an extra effort and add more tables in the venue. The organizers are very thankful to the staff and management of the Bam’s Poolhouse and grateful to the players for their understanding of the matches running late.