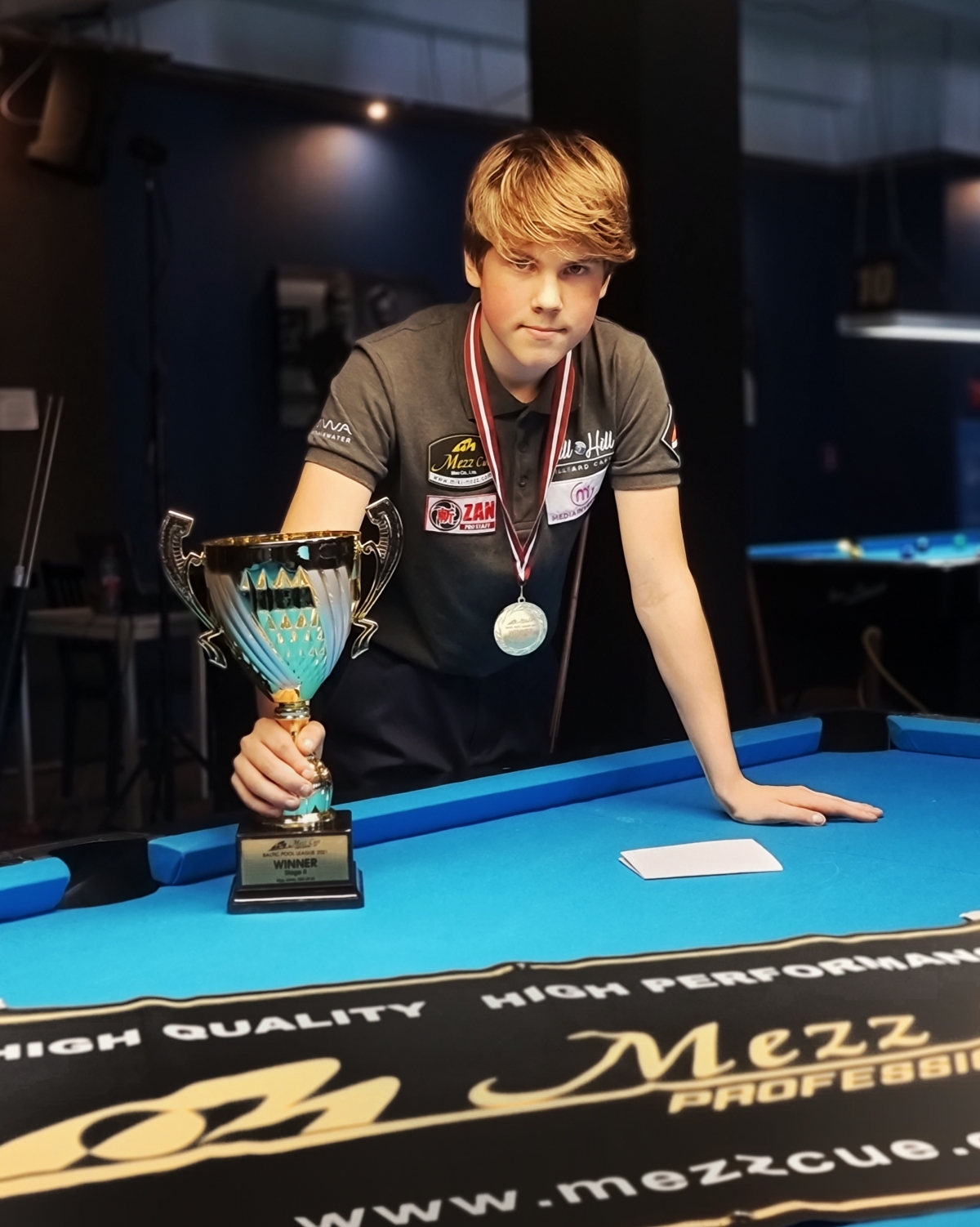 Gnadeberg denies Laar of another success

The men’s division offered a great surprise when in the final of the event only 15 years old Karl Gnadeberg denied Rainer Laar (EST) of winning back-to-back events. Gnadeberg has shown regular progress in his game and now it has come to winning his first Baltic Pool League stage. Gnadeberg showed great composure when he secured his first stage gold by score 8:4. To finish off the Estonian dominance in the men’s division third places went to brothers Juss and Joonas Saska.

Anna Prisjazhnuka has always been a top contender for winning any of the Baltic Pool League events and this time it was no exception. In her semi-final Prisjazhnuka met a worthy opponent as she had to overcome the last stage winner Olga Mitrofanova from Russia. After tense games the Latvian progressed to final with a score 7:5. In the final Prisjazhnuka left no chances for Irina Hodareva (RUS) when she clinched another stage win by a score 7:2. Hodareva in turn won 7:5 her semi-final against Simona Miliśauskaite (LIT).

Ulmanis continues his show in oldboys and has motivated Latvians

As Estonians ruled the men’s division, the Latvian’s have taken over the oldboys division as all four medals stayed with the hosts. When Laar failed to secure back-to-back vicotries, Ivo Ulmanis showed how it is done when he won the final against Gatis Taube (LAT) by a score 7:5. Bronze medals were won by Vladimirs Ladins and Guntars Grinums.

Hopefully into the future

It is nice to see that the number of participants has risen a lot after the first event as there was in total of 75 athletes competing in Riga. Big gratitude goes out to Bams Pool House and all their staff and naturally to Gatis Taube for giving so much to our beloved sport. After the Riga event the organisers are looking hopefully in the future and cannot wait for this seasons last event in Kaunas, Lithuania.

The next Mezz Cues Baltic Pool League event is already on 23rd and 24th of October in Kaunas, Lithuania. For further information please visit our web page www.balticpoolleague.eu and Facebook www.facebook.com/balticpoolleague.